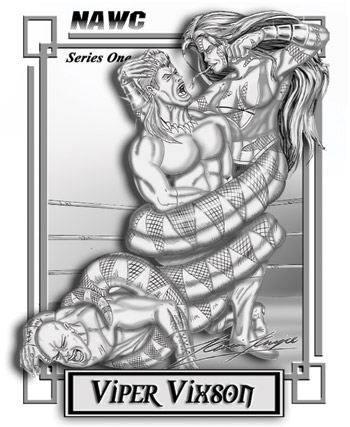 Viper Vixson is from Andromeda 13 but unlike most Ani-Men Vixson has the ability to morph from her waist down. She usually slithers to the ring as a half snake half woman to sike out her opponents. But once in the ring she morphs her snake like bottom half into legs. She has a very nasty temper and won't hesitate going after men that offend her. She is very new to the sport and has entered as a valet. But sooner or later her competitive juices will make her enter the ring full time.

Big Bubba is a large man with a large appatite for life and everything in it. He is always very serious and always gets straight to the point. He has frequented earth tough man competitions, and was discovered by NAWC council member Bob MacAdue. Bob sent Bubba to train with former POW wrestler Kevin Kraven. Training went well until Bubba crushed all of Kevin’s ribs with a misplaced splash. Since then Bob has hired Bubba and, he has helped him get his pro career going. 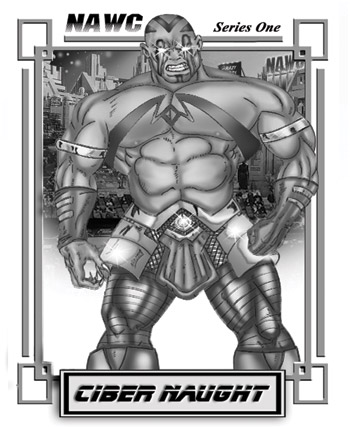 Ciber Naught the undisputed leader of the "GSF", Ciber Naught has made many enemies notably the lizard tag team called "Cygnus Rising" and Sam Moon and his "Alien Alliance" Team. A decorated former Sergeant in the Goldsboro military he led an elite Special Forces unit which he now commands in the NAWC. He is still a brawler and a power wrestler who has alot to prove to himself and to the members of the "GSF" in the coming months. He first lost a major event called the "Contest of Champions" to a wrestler he could not believe could beat him, Brinson Faust of the country Aquala. This upset was the first time in over a decade that the country men of Goldsboro didn’t control the Alaaran Government since the end of the planet's Civil War.

Only to add more insult to Ciber Naught and his group of wrestlers, Sam Moon has finally sent more competition with the long awaited debut of his son "Halfmoon II", up to the NAWC as well as Manta another powerful wrestler that is determined to take Ciber Naught's spot as the Goldsboro Champion. For the next "Contest of Champions", Ciber Naught has a lot on his plate this year and is hoping that with the help of verteran's Assassin X and the Hangman's progression in the ring that his own new finisher he can help hold off the outside forces and regain everything that he lost and believes is rightfully his and no one elses! 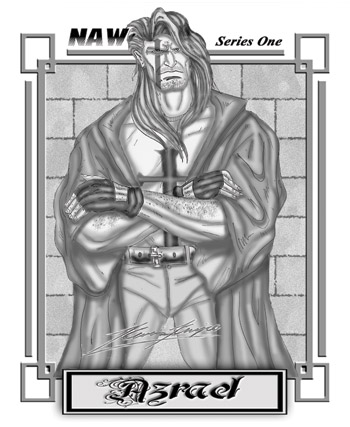 Azrael has been wrestling for over 15 years. Throughout his years of experiences he has fought the good fight against all that would stand against him and his ideals. But now it seems that the countless battles have taken their toll on this holy warrior. His superiors recalled him to his home in order to assess his future in the sport.

After much deliberation and with a new training program in place Azrael has reentered the NAWC to finish his task which he was born and bread to do. By cleaning up all the filth that has sprung up all accross the galaxy, and also paying homage to the fallen angel and his followers. And though he still fights undermanned in his Holy War, he has a new demeanor. One that has seen him resorts to the same tactics his enemies use. In his own words “I will fight FIRE with FIRE, I will no longer sit back and watch this sport or this world be invaded by these foul beings, real or false”. And so begins a new chapter in a long and hallowed career of a true HERO. 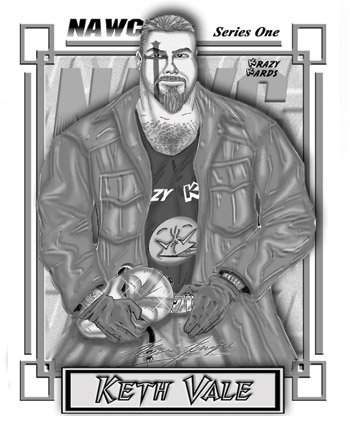 Keth Vale was recruited to join Azrael in his battle against the forces of evil. They have battled anyone and everyone claiming to have ties to the dark lord. When Keth first started wrestling he came to the ring in a mask and medieval armor.

He has now shed the mask, though he still wears it to ringside, and favors wearing a t-shirt and jeans in the ring. He is a no nonsense kind of guy that is quick to anger. He has perfected a new finisher where while his opponent is on his back Keth gets behind him and wraps his legs under the arms and then crosses them behind the opponent’s neck like a full nelson. It is a powerful move and no one has ever escaped the hold. He still employs Avenging Grace but to a lesser degree than he used to. Keth has also started teaming with Gabriel as the Knights Templar, and they have looked very good together. The future is bright for this young man. 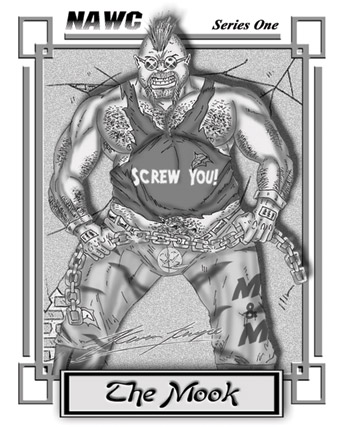 At one time The Mook was a wrestler with potential. But like so many he burnt out fast from life on the road. He was able to get a job with the CPC before the ban on wrestling as a talent scout. But like wrestling he just didn't have any luck. Then during the ban in early 2110 The Mook found two men on Earth that he thought had a lot of potential. But when he went to tell Colby of his find he was fired on the spot. He then sent video of the two to Colby and he liked what he saw.

When he went to sign them he found his former employee was managing them. He refused to sign the M & M unless they got rid of the Mook. They refused and decided to sign with NAWC. The Mook has also started to train with M & M and is looking to restart his wrestling career as well as manage M & M. And it seems Dillon has rubbed off on Mook as the Mook is trying a few high-risk moves to complement his ever-present chain. While The Mook might not burn up the singles charts it's his manager abilities that will take him far.